Our goal has been to provide the public with a historical outlook to the reasons America’s railroads played such an important part to the region’s development.  The development of the South Florida area is predicated upon the railroad, both in population growth and industrial needs of raw materials. We do our best to represent these points using artifacts and railroadiana displays.

Our organization has been in existence since 1994.   We are extremely fortunate to be associated with the Deerfield Historical Society.  We offer both history through our displays and explanations of the past and we offer model railroading in the form of two operating layouts.

We are active in other areas as well, including presenting swap meets of model railroad equipment and railroadiana, and assisting in the sale of collections and estates. Our collection of historic artifacts is constantly growing, and donations are always welcome. 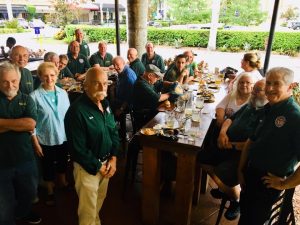 Our membership is varied, and eclectic, from 40-hour workweek members to members where every day is Saturday, to include the proverbial snowbird. From mechanical engineers, programmers, medical personnel, to junior members in High School. We all learn from one another.

Membership requirements of the museum are minimal; you need not have any desire to participate in the construction or any other facet of the Museum, but you can always feel free to participate in what manner suits your needs. Although we encourage all of our members to learn a new skill or research a new project. It keeps you young! We encourage you to visit the museum and meet current members to learn more about us.

We are qualified to instruct the public in the “Operation Lifesaver” program, to make people aware of our rail crossings and how they can make them safer. 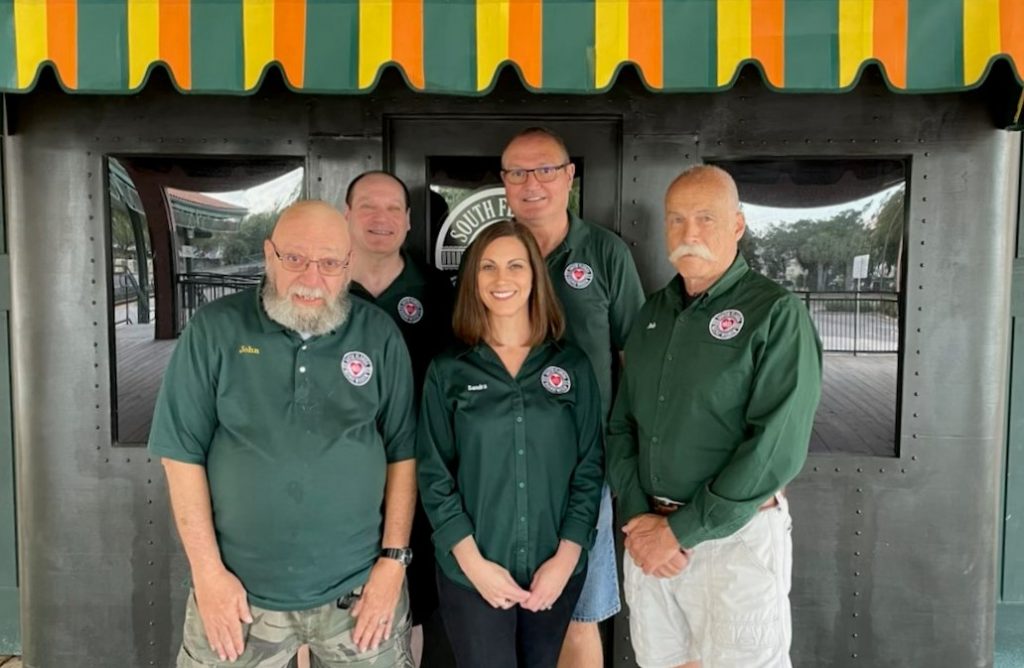 From Left to Right

John is no stranger to the board, he was a member of it some years past, he has returned, just like MacArthur, but with a lot less carnage. John keeps a solid watch on the works and operations of the museum, he is the “Standards Chief”. A task he took on years ago to ensure the rolling stock assets of the museum are in top working order.  His demeanor and character keep the museum on a positive bearing.

Stuart has been a member for the past few years and came to us with a very extensive background in the hobby world. He is a walking encyclopedia of historic railroad knowledge, his expertise and willingness to share and instruct has made him the go to guy especially in the field of DCC. He has taken the reins of managing the operations of the layouts during open hours and he is the one called on, usually by a distressed individual, to solve the DCC problem.

Sandra has moved from the position of director to our treasurer for two reasons. Foremost she has the organizational skills, the competency and drive for the position and Bill Steffen retired.  As I have said before about her, she is no shrinking violet! Sandra will do well in this position maintaining our assets and balancing the books, keeping everyone on their financial toes. Plus keeping the physical appearance of the museum in line, even the physical appearance of some members.

Another year in the right-hand seat, but another year of leadership in that seat. Bill remains the driving force of the “N” scale display and takes up the cause when we have events, sort of an events handler. He takes on challenges from the outside and plans to further the image of the museum. His knowledge draws upon his many years in the hobby, which is helpful as he is open to helping anyone with a problem.

Yet another year in this position, another year overseeing the success of the museum generated by the members of the museum. He has seen many changes in the past years, all for the better concerning the museum and its standing within the local community and the hobby community. He still believes the lead position is the easiest of the bunch.

Although he remains invisible and the spelling of Alan’s title has changed (I find it more fitting), his outlook, organizational skills, putting pieces and people in place remain the same. His vision for the museum’s future far exceeded the thoughts of most members, but his foresight has made us higher than our contemporaries. He stands to the side and provides observations that assist in the operations of the organization and guides the organization in its successes.